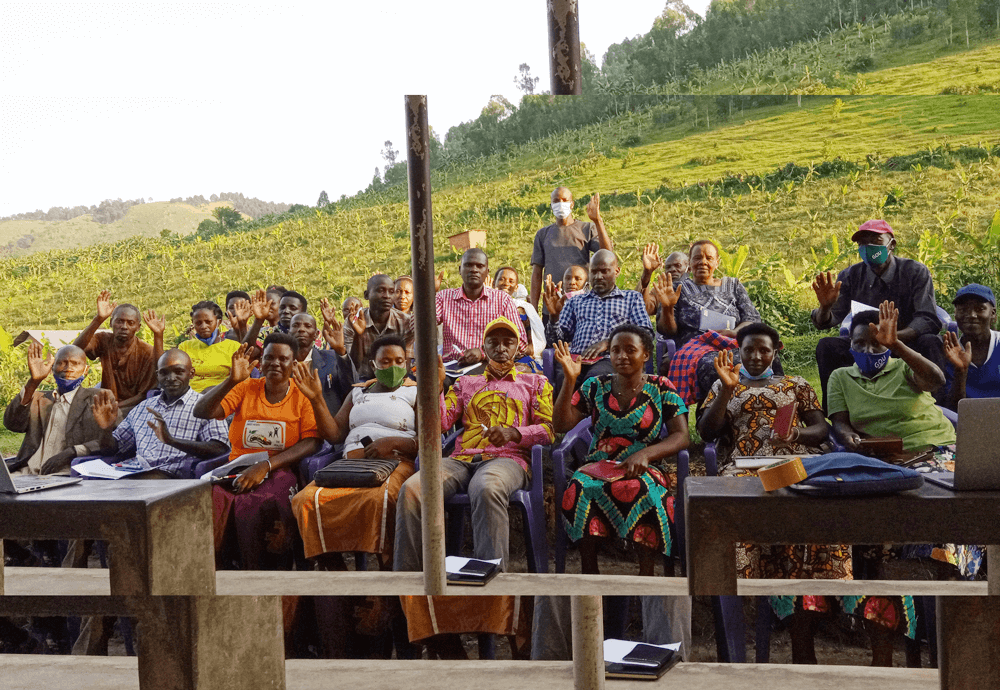 Growing up in western Uganda, where accessing education is a struggle, Peter Agaba found inspiration in books.

Now, as a graduate student studying mathematics at Western Kentucky University, Agaba is raising money to build a library in his hometown of Bwoga, where he hopes children will be able to find the success he’s found.

“It will just bring enlightenment to the whole community about education,” Agaba said.

Agaba came to the U.S. in 2013, and he credits his success to the books he read and the information he got about SAT prep and potential scholarships. That led him to an athletic scholarship for track and field and cross-country.

His dream of getting a doctoral degree in mathematics seems within reach.

Now, Agaba wants to give back by building a library for elementary school students back home, he said.

“So that kids (or others) have some material to read,” he said.

Jill Price, who coordinates a tutoring lab through WKU’s Mathematics Department, has helped Agaba get the word out about the project. She described Agaba as both appreciative of the opportunities he’s had and determined to share them with others.

“He’s compassionate,” she said. “He really has a heart to help the children in his hometown.”

John Hagaman, a professor emeritus in WKU’s English Department, said Agaba was in several of his undergraduate classes in literature and composition. With a career as an English professor, Hagaman said he can’t imagine living in a town with no library.

“I just can’t imagine the kids not having the normal resources that our students have,” he said.

A library, Hagaman said, would give the community a door to the rest of the world and help them understand their own lives better.

“This would really open an awareness of higher education, too,” he said.

As a kid, Agaba’s father bought him books. He drew inspiration from books like Rick Warren’s Christian devotional “The Purpose Driven Life” and Ben Carson’s “Gifted Hands,” which tells the story of how the neurosurgeon and former presidential candidate grew up in Detroit and rose to become the director of pediatric neurosurgery at Johns Hopkins Hospital.

“Just reading those books, I was inspired,” Agaba said.

Agaba wants to share that inspiration back home, where he said students are expected to take national exams without always having access to textbooks. However, he also wants to go beyond that academic need by creating a space where children and community members can explore other cultures and ideas.

“People never try something unless it’s there,” he said.

“If you can read then (you) can learn anything and you can experience anything through books,” she said.